HISTORY OF OUR CONGREGATION

How This All Started

The Congregation of the Handmaids of the Holy Child Jesus (H.H.C.J) was founded by Mother Mary Charles Magdalen Walker, a Religious Sister of Charity, who came to Nigeria in 1923 at the invitation of Bishop Joseph Shanahan (CSSP) of the Vicariate of Southern Nigeria. 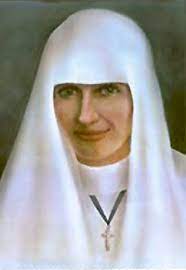 The Four young womens were :

Mother Mary Charles Magdalen Walker lived out the preaching of being all things to all people she engaged in any ministry that would uplift the standard of life of the people she served.   She believed that a missionary should be able to extend his/her hands to the needs of the growing Church than those of his/her specific strong point.  Mother Mary Charles Magdalen Walker was not only an excellent administrator but also, her faith, her selfless sacrifice, her complete trust in Divine Providence and love of people rejected by others made her unique.  Her desire for an indigenous Religious Congregation was fulfilled when four of the young women she taught in St. Joseph’s Convent School, Calabar, Nigeria expressed the desire to become Religious Sisters.  These four young women became the Foundation members of the Congregation of the Handmaids of the Holy Child Jesus.

On January 15, 1931, for the first time in Nigeria and West Africa, these four young women offered themselves to God as their Spouse, to live a life of Chastity, Poverty and Obedience.
The Congregation was canonically erected on April 1937 by Bishop James Moynagh SPS, the Prefect of Calabar Prefecture, while the Society of the Holy Child Jesus guided the formation and growth of the young Congregation. The first Religious Profession of Vows of the Foundation members took place on April 21, 1940.
The Congregation became autonomous on December 28, 1959 with Mother Mary Gertrude Nwaturuocha one of the foundation members, as the first Superior General.  A ‘Decretum Laudis’ (Decree of Praise) was given by His Holiness Pope Paul VI, elevating the Congregation to the status of a Pontifical Right on February 29, 1971.
The international and inter-tribal nature of the Congregation extends to all parts of the world from Nigeria to Ghana, Cameroon, Togo, Sierra Leone, Kenya and England.  Presently, the Congregation has established convents and evangelization ministries in Nigeria, Ghana, Cameroon, Togo, Sierra Leone, Kenya, Italy, England, and Germany, as well as the United State of America, Canada, and Grenada.
Provincialization
At the 7th General Chapter of the Congregation conducted from March 8-26, 1996, it was mandated that the Congregation be divided into four Provinces due to its numerical growth and geographic spread for effective administration and apostolic ministry.  Consequently, three Provinces were created in Nigeria and one in Ghana.  They are as follows:
1. South Eastern Province
2. Ghana Province
3. Central Eastern Province, and
4. North Western Province
Region
Kenya was raised to the status of a Region at the 9th General Chapter in March 2008.
Currently, we have six Mission Territories:
* Cameroon Mission
* England Mission
* Germany Mission
* Italy Mission
* United States America (USA) Mission
* Canada Mission (created at the 10th General Chapter in 2014)